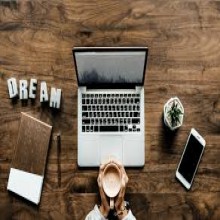 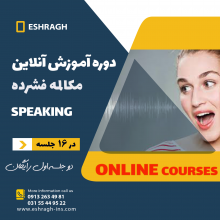 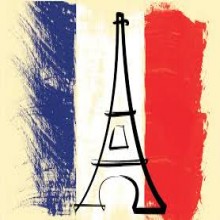 Basic Grammar in Use

Intermediate Grammar In use

be in the saddle

To be in control of a situation

of whom / of which

(as) cheap as chips

cadge (something) from (someone)

I am not my brother's keeper.

take the wind out of (one's) sails

are you going my way

(as) clear as anything

To leave a place quickly

The next thing I knew

all skin and bones

EX: If you act up in class, you will be sent to the principal's office.

(as) awkward as a cow on a crutch/roller skates

all shot to hell

(as) common as an old shoe

If my memory serves me correctly

If i have remembered it correctly

EX: I think we can add one more room on to the downstairs.

daft as a brush

(as) clear as crystal

(as) cold as charity

dab on them folks

a little /bit rough around the edge

(as) cool as a cucumber

Much/ A lot of

A not inconsiderable amount of
جزئیات

To accept a set of conditions

a little / bit rough and ready

Hang on in there

Calm down- you need to tolerate

Ex: Go to your doctor and ask for advice.

Ex: You're in middle school now, so if you act out in class, you will be sent to the principal's office.

(as) broad as a barn door

Wait for the dust to settle

wiat for an unsettled situation to become calm

(as) fast as lightning

each and every one

1- My family is more important than evrything else.

a method in (one's) madness

all the better to do something

EX: The present schedule does not admit of modification.

all sweetness and light

EX: The report is due tomorrow, so I need to act on it immediately.

abound with / in sth

To be plentiful with

(as) cocky as the king of spades

(as) black as a raven

(as) different as chalk and cheese

(as) busy as a beaver (building a new dam)

(as) cold as a welldigger's ass (in January)

One of London Zoo’s recent advertisements caused me some , so did it reality. Headlined “Without zoos you might as well tell these animals to get ”, it was illustrations of several endangered species and went on to extol the myth that without zoos like London Zoo these animals “will almost certainly disappear forever”. With the zoo world’s rather mediocre record on conservation, one might be forgiven for being slightly sceptical about such an advertisement.
Zoos were originally created as places of entertainment, and their suggested involvement with conservation didn’t seriously arise until about 30 years ago, when the Zoological Society of London held the first formal international meeting on the subject. Eight years later, a series of world conferences took place, entitled “The Breeding of Endangered Species”, and from this point onwards conservation became the zoo community’s buzzword. This commitment has now been clearh defined in The World Zpo Conservation Strategy (WZGS, September 1993), which although an important and welcome document does seem to be based on an unrealistic optimism about the nature of the zoo industry
The WZCS estimates that there are about 10,000 zoos in the world, of which around 1,000 represent a core of quality collections capable of participating in co-ordinated conservation programmes. This is probably the document’s first failing, as I believe that 10,000 is a serious underestimate of the total number of places masquerading as zoological establishments. Of course it is difficult to get accurate data but, to put the issue into perspective, I have found that, in a year of working in Eastern Europe, I discover fresh zoos on almost a weekly basis.
The second flaw in the reasoning of the WZCS document is the naive faith it places in its 1,000 core zoos. One would assume that the calibre of these institutions would have been carefully examined, but it appears that the criterion for inclusion on this select list might merely be that the zoo is a member of a zoo federation or association. This might be a good starting point, working on the premise that members must meet certain standards, but again the facts don’t support the theory. The greatly respected American Association of Zoological Parks and Aquariums (AAZPA) has had extremely dubious members, and in the UK the Federation of Zoological Gardens of Great Britain and Ireland has occasionally had members that have been roundly censured in the national press. These include Robin Hill Adventure Park on the Isle of Wight, which many considered the most notorious collection of animals in the country. This establishment, which for years was protected by the Isle’s local council (which viewed it as a tourist amenity), was finally closed down following a damning report by a veterinary inspector appointed under the terms of the Zoo Licensing Act 1981. As it was always a collection of dubious repute, one is obliged to reflect upon the standards that the Zoo Federation sets when granting membership. The situation is even worse in developing countries where little money is available for redevelopment and it is hard to see a way of incorporating collections into the overall scheme of the WZCS.
Even assuming that the WZCS’s 1,000 core zoos are all of a high standard complete with scientific staff and research facilities, trained and dedicated keepers, accommodation that permits normal or natural behaviour, and a policy of co-operating fully with one another  what might be the potential for conservation? Colin Tudge, author of Last Animals at the Zoo (Oxford University Press, 1992), argues that “if the world”s zoos worked together in co-operative breeding programmes, then even without further expansion they could save around 2,000 species of endangered land vertebrates’. This seems an extremely optimistic proposition from a man who must be aware of the failings and weaknesses of the zoo industry the man who, when a member of the council of London Zoo, had to persuade the zoo to devote more of its activities to conservation. Moreover, where are the facts to support such optimism?
Today approximately 16 species might be said to have been “saved” by captive breeding programmes, although a number of these can hardly be looked upon as resounding successes. Beyond that, about a further 20 species are being seriously considered for zoo conservation programmes. Given that the international conference at London Zoo was held 30 years ago, this is pretty slow progress, and a long way off Tudge’s target of 2,000.

To do something based on your desires

(as) ancient as the hills

(as) busy as a peddler

(as) flat as a board

(as) close as two coats of paint

(as) clear as mud

Ex: They asked me quite a lot of difficult questions about my job.

all the world over

To obey someone or something

back at it (again)

(as) dull as dishwater

back (someone) for (something)

and that ain't hay

face away (from someone or something)

Not out of the woods

ٌWe have still some problems

Strike while the iron is hot

To make most of an opportunity

(as) brown as a berry

Ex: She alighted from the train at 74th street.
جزئیات

all well and good

Ex: As an accountant, you must account for what you spend every month to your senior.

daddy of them all (as) comfortable as an old shoe

habituate someone to someone or something

Ex: After I spilled water on the blanket, I put it on the back porch to air out.
جزئیات

EX: We could accustom Peter to the new rules without difficulty.

To bravely do something unpleasant

keep a tight rein/grip on (someone or something)

To have a tight control over something or somebody

gag me with a spoon

(as) crooked as a barrel of fish hooks

1- Take the advantage of sth

Ex: They cannot account for three of the passengers in the accident.

are you leaving so soon?

Ex: English is very important to me.

(as) busy as a hibernating bear

have (one's) head screwed on (right)

To make a sensible decision

(as) crazy as a bedbug

(as) clean as a whistle

a pox on (someone or something)

Ex: The masking tape was so old that it would no longer adhere to anything.

(as) conceited as a barber's cat

Be hard pressed/pushed to do something

You will find it difficult to

Ex: I spoke to James today. He was asking after you.

On the right track

Progressing in a way that is likely to succeed

EX: Since we were getting hungry, we decided to adjourn for lunch.

Align something with something

Ex: Try to align this piece with the one next to it.
جزئیات

(as) exciting as watching paint dry

hack someone or something apart

be on the same wavelength

To think in a similar way to others

Be /Feel constrained to
جزئیات

(as) fit as a fiddle

take (something) to heart

Be very affected or upset by something

all rolled into one

Ex: Can you add up these numbers? I'm worried I made an error in my calculations.

(as) cross as a bear

A large number of
جزئیات

are you sorry you asked?

Take a back seat

1.  Everyone who works in this department uses computer.

all beer and skittles

1- Make up your mind

back ( at someone) (for something)

کاربرد: با افعال get / have

Not do a stroke of work

To not do any work at all

(as) clear as a bell

EX: I don't agree with any form of terrorism.

(as) black as (one) is painted

(as) certain as death and taxes

(as) artful as a wagonload of monkeys

(as) bright as a new pin

I ain't mad at it

To make someone sad

EX: These numbers just aren't adding up—I think I made a mistake somewhere.

all great minds run in the same channel

(as) accommodating as a hog on ice

vocab for High school (lesson one 1-5)

face (that) would stop a clock

(as) different as night and day

EX: Until Kayla returns from her maternity leave, Sharon will act as lead analyst.

EX: I suggest we adjourn to the next room for the meeting, it's so cold in here.

not have the heart ( to do something)

Be emotionally unable to do something

Not take it(or something) personally

Not to get offended - the failure is not your fault

all the better for something/doing something

EX: Now, add the eggs into the mixture.

(as) clean as a hound's tooth

Ex: As soon as he arrived home, he asked about his wife.

It serves somebody right ( for doing something)

It serves John right that Dave threw him out of his party last night.

each man for himself

each to his/her/their own

back (someone or something) up to (something)

To learn/know how to perform a job

have something up your sleeve

To have a secret plan

babe in the woods

EX: The cash in the drawer doesn't add up to the amount of sales we made today.

EX: The large black crow alighted on the telephone wire high above the street.
جزئیات

(as) bright as a button

Align oneself with sb/ sth

Ex: Church leaders have aligned themselves with the opposition.
جزئیات

Keeping up with the Joneses

(as) easy as anything

I (can) promise you

Act for/ on the behalf of somebody

Ex: Because I have power of attorney for my mother, I can act for her in legal and financial matters when she is no longer able to do so.

a quarter of (a given hour in time)

(as) fat as a beached whale

jab something at someone or something

first/fisrtly or first of all

are you ready for this?

Ex: Your report accounts for everything that has happened.

(as) crafty as a fox

Ex: Let's stop and ask someone for directions.

(as) baleful as death

and not before time

EX: A- The humid climate didn't agree with him.

(as) close as stink on shit 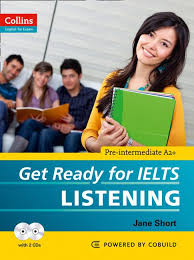 Collins Get Ready For Ielts 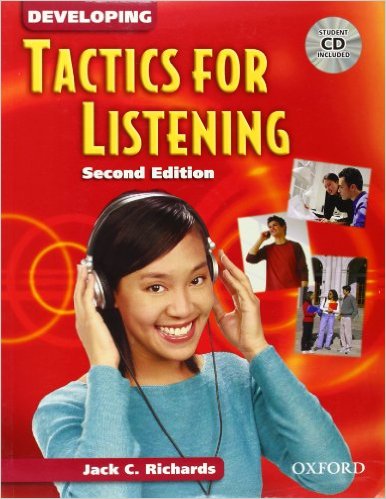 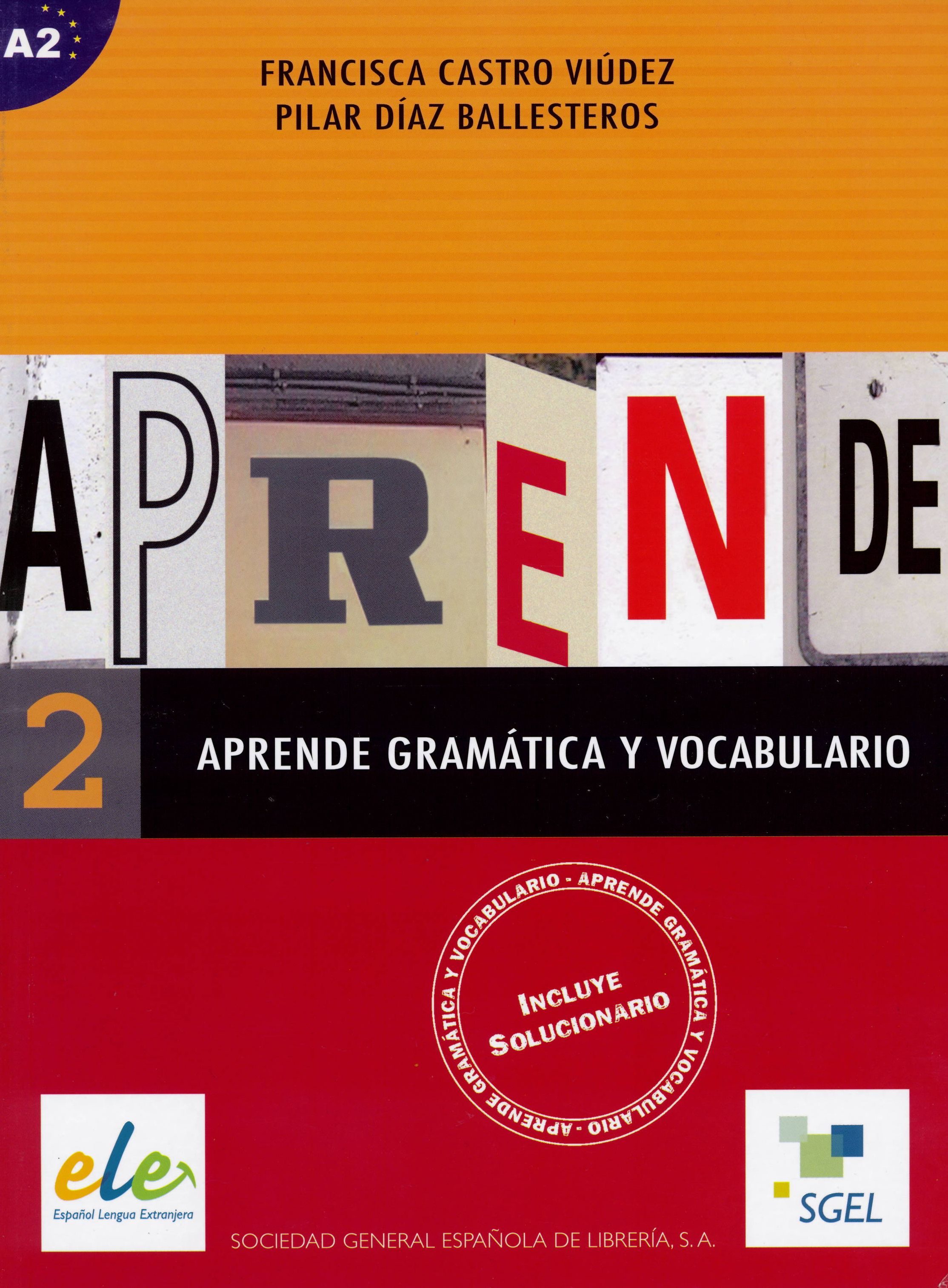